The "Say Something Random" Thread

^ Yep. Cats happen. 😻 Came back a couple of hours ago, from getting my first vaccine shot. And so far ..... no growing scales or fur, losing hair, eyesight's fine ..... doo dah.

One of my brother's go-to exclamations is "Cheese and Crackers." So for the past week, I've had a wrapped present in the fridge for him. Inside: a box of Ritz crackers and a chunk of mild cheddar chee 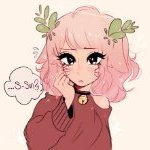 Age of Empires 3 Definitive Edition is the best game!!!