Switch to full style
Games, links, news, movies, WHATEVER!!! As long as it's not TOO dirty!
New to the TPR Forums? Come say hello and introduce yourself HERE!
Post a reply
Reply with quote
Rai Fox

What the hell is even the point of car horns!?

On the way into work, as usual, I ended up stuck in completely jammed up traffic going nowhere (welcome to I-95 in Rhode Island!) and some asshole decides he's going to make things better by leaning on his horn.

That's right, keep honking! A few more seconds of blaring noise and the person in front of you, who's just as stuck as you are, is absolutely definitely going to move out of your way! Definitely making being stuck here much more pleasant and relaxing too!

Shortly after, off the main highway and with traffic actually moving, someone else decides to start hitting their horn, over and over. He's not gesturing at anyone, he's not trying to get into another lane, he's not obviously trying to get any message across, just hitting his horn over and over, surrounded by other cars. Who's he honking at? Why? NO ONE KNOWS but we all get to listen to it and try to figure out if he's trying to get across that our car is on fire, or we have a cat trapped under the car, or if he just really wants people to get out of his way because he needs to get to a bathroom right now.

It's a completely pointless way to make noise that communicates absolutely nothing and never does anything but piss people off and make traffic even more frustrating. How socially acceptable would it be to walk into a room and just start yelling? Not saying anything, no words, warnings, or demands, just noise, just walk into a crowd and start screaming "AAAAAAAAAAAAAAA", and expecting people to know what you mean?

-- have to rearrange everything as I won't be in Florida until tonight now. And of course all the lost $$$ for hotel night, the fact I took off work for the flight, etc.

No other airlines had cancelled flights due to the weather, just Southwest.
Reply with quote
anonymouscactus 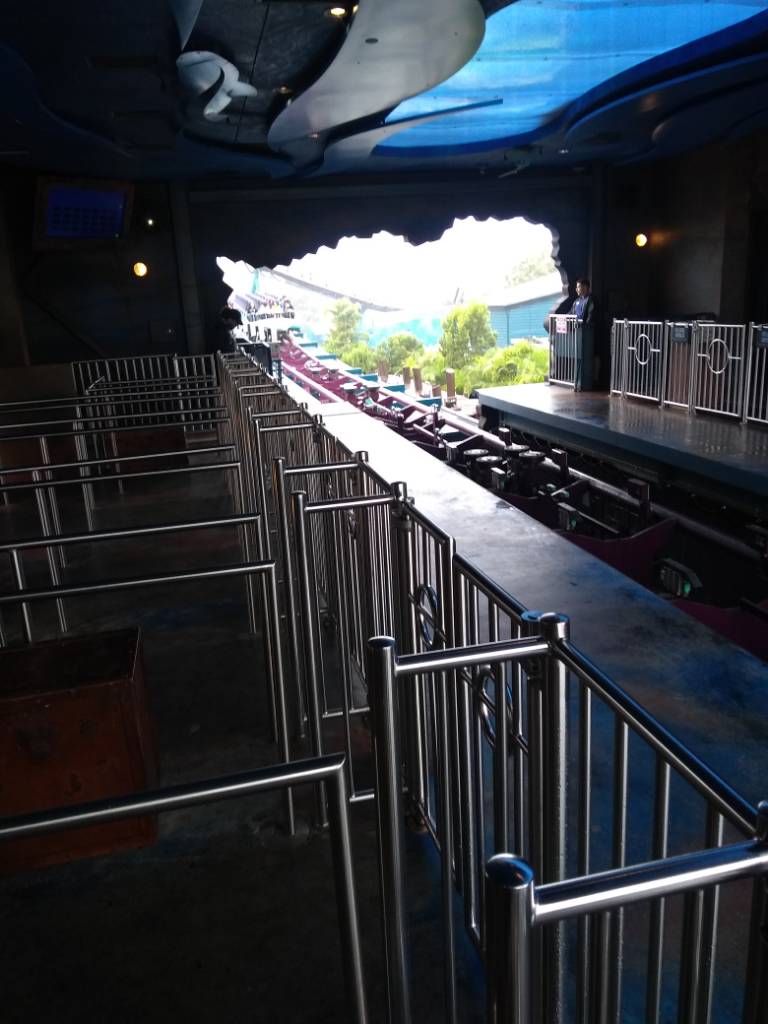 When this is the line and you're still forced to go around, walk a mile and 6 flights of stairs just to ride again...
Reply with quote
jlp94

This afternoon, my hometown, Aurora, had a mass shooting with 6 casualties. This is terrible, and I hate that this had to happen so close to me and so many other people I know.

I really hope this can help be a wake up call to force the country to ban assault weapons. We have just been honoring the anniversary and deaths of shootings that happened in February, and now we have this new one here.

Sorry for getting a little political, but it's greatly affected me this afternoon.

Dammit! I just accidentally clicked the "mark everything read" button for Themeparks, Rollercoasters, and Donkeys. I still had like several dozen unread threads.
Reply with quote
prozach626

Rai Fox wrote:What the hell is even the point of car horns!?

Are you serious?
Reply with quote
cal1br3tto

JG-77 wrote:Dammit! I just accidentally clicked the "mark everything read" button for Themeparks, Rollercoasters, and Donkeys. I still had like several dozen unread threads.

Haha, I used to be so afraid of doing that. I want to know what I have and haven't read for a reason. Or at least, um, reasons. Not so clear on it anymore.

I always appreciate helping others, both in real life and with coasters. I like being viewed as a nice guy. Today, I was really helping a friend with a trip to KK and Holiday World, but then he said this:

"Both parks don’t look to be overly impressive tbh. I would go to KK for Storm Chaser and Lightning Run but also Holiday World for Voyage. Although Voyage doesn’t really look that outstanding to be honest"

Why would you plan or put money into a trip when you're not impressed by them? Complaining enthusiasts are the worst, and this might be the worst encounter I've come across.
Reply with quote
Nrthwnd

This guy needs fifty shots to the head and body.

Don't care. He's not worth saving. Or forgiving.

One of the fathers of the 20 children killed in the Sandy Hook Elementary School
shooting several years ago, has been reported to have committed suicide,
a day or so ago.

IMhO, "The right to bear arms" is a total joke in the U.S. Constitution.

It's My Rant and I am entitled to it, regardless of where I live.
Post a reply
>>
<<
Switch to full style