You went to Indiana in June and are upset there was lightning? 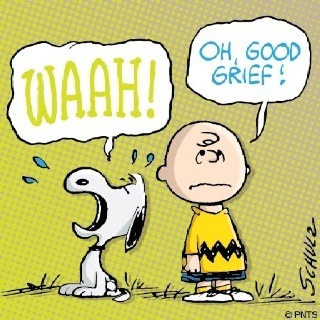 hendrixmarshalljames wrote:Honestly - we bailed on holiwood nights after being held prisoner (well after the posted time) when the lightning (About 40 miles away) rolled in. Out of 4 rides, 2 of which are barely over a minute or just under, 1 is unridable, and the other is just so - overrated. We drove 9 hours to go to Carowinds, sacrificed our second day passes and overpriced lodging to do it.

So worth it. We ain't going back for a long time.

It sounds like mostly you just aren't into the rides there....if you feel all the coasters are short/unrideable/overrated why did you go??
Anyway fun language and all but where were you held prisoner and what went past the posted time? The lightning wasn't thaaaaat long, and we just chilled outside for most of it.
Also was the lightning reeeeallly 40 miles away? It certainly seemed way closer than that, and frankly usually the radius for such things is smaller, like 5 or 10 miles.

Anyway, sounds like you don't really like the coasters there, think the lodging is overpriced and were pissy there was lightning nearby (which is not exactly anyone's doing) doesn't seem like you can really hold it against the park.
Posts like this are why I call myself a hobbyist, I dont want to be associated with certain enthusiasts and this is a great reason why

As per several other Holiwood Nights, the lightning passed (out of the 5 mile zone) and ERT resumed. They even extended it an extra 35 mins or so, past midnight. Every time I go to Holiday World, I leave with the same feeling I get at all my favorite parks (Knoebels, Seabreeze, Cedar Point, etc.) - that is the feeling of happiness, but I still wish I had more time at the park, and with friends.
Reply with quote
DILinator

I enjoyed doing Coastermania this year, but I'm really excited to take my kids to Holiwood Nights next year, and introduce them to the awesomeness that is Holiday World!

hendrixmarshalljames wrote:Honestly - we bailed on holiwood nights after being held prisoner (well after the posted time) when the lightning (About 40 miles away) rolled in. Out of 4 rides, 2 of which are barely over a minute or just under, 1 is unridable, and the other is just so - overrated. We drove 9 hours to go to Carowinds, sacrificed our second day passes and overpriced lodging to do it.

So worth it. We ain't going back for a long time.

Ugh, what an entitled post. Holiwood Nights was great. Sometimes things happen that is out of the park's control and you just have to be patient and wait it out. There was no issues at all on Friday night even though I saw some flashes in the distance close to 11PM and I was able to get multiple rides on everything. The lightning on Saturday night was a lot closer then 40 miles, more like 5 to 15 miles away and the park was playing it safe. In between ride holds for lightning I did get a ride on the Voyage with lightning flashes while riding in the dark that was epic and also got a ride on Thunderbird with lightning flashes, so they were running trains as soon as the lightning was just outside their radius area. They also had Gobbler's Getaway running right next the Voyage when the lightning was going on so there was something to ride when everything else was on hold. They extended ERT well past midnight even though they didn't have to, but I was happy enough with what I rode so I left at midnight anyways.

Raven may be short, but the Legend and the Voyage makes up for it with lengthy rides, especially the Voyage which is super long. Thunderbird may be short, but since when is a launched coaster over a minute long anyways? All these rides were awesome, especially in the dark, and the Voyage may be the best night ride I've had on a coaster (with the exception of GlowRT on Phoenix of course) - it's waaaay better than night rides on the totally overrated Beast.

Yes, lodging is scarce and more expensive compared to other regions, but the Lake Ruldolph Campground next door was offering 20% discounts to Holiwood Nights attendees and had RV campers with five beds, a kitchen, and a bathroom which was reasonably priced when split with a friend. It was nice being out in the woods for a couple of nights and they even provided shuttles from several different points in the campground to the park entrance constantly and back to the campground after the event.

Interesting that you drove straight to Carowinds afterwards and went right by Dollywood and didn't stop there, that explains a lot.
Reply with quote
ytterbiumanalyst

I'm impressed that they stayed open later to compensate for the missed time due to lightning. That's pretty incredible.

We've stayed at both Santa's Lodge and Lake Rudolph, and would do Lake Rudolph again in a heartbeat. My kids still talk about the RV there. It really made an impression.
Reply with quote
JT325

ytterbiumanalyst wrote:I'm impressed that they stayed open later to compensate for the missed time due to lightning. That's pretty incredible.

It makes me remember the many times I went to events at (insert large, mid-to-low-quality theme park chain here) parks where ERT started late and was cut short for various reasons. I was riding what is probably my favorite steel coaster ever, Mind Bender, when the ride ops dispatched our train WAY too early. It was all wrong and very clear to me (having worked in parks, been riding for many years, etc.). The ride set up on the lift, as the other train wasn't far enough into the circuit. A 10 minute shut down, which conveniently was remedied about a minute before the planned end of ERT. None of the employees in the station said anything or would look at anyone. We still behaved like troopers and thanked them all after that last ride, surely with applause as is standard.

ytterbiumanalyst wrote:We've stayed at both Santa's Lodge and Lake Rudolph, and would do Lake Rudolph again in a heartbeat. My kids still talk about the RV there. It really made an impression.

Both really are nice! I took 12 "guests" with me to Holiwood Nights a couple years ago... parents/aunt/uncle/cousins, and we had 3 cabins split among us. Everyone loved it. We were able to be together as a family, and everyone got to do what they wanted; fire pit, outdoor cooking, etc. Everyone loved Holiday World as well, even though half the group doesn't do rides. The price was very reasonable for the fairly high quality cabins we were in. On a related note, I am eagerly awaiting the day Holiday World opens their own accommodations, that would be great! I have an inkling they would be both high quality and affordable.
Reply with quote
805Andrew

ytterbiumanalyst wrote:We've stayed at both Santa's Lodge and Lake Rudolph, and would do Lake Rudolph again in a heartbeat. My kids still talk about the RV there. It really made an impression.

If I lived within driving distance I would bring my tent and camp there for a few days. It was a really nice, natural looking campground in the woods that made me forget I was next to a theme park.
Reply with quote
ytterbiumanalyst

Lake Rudolph actually used to belong to HW. Not sure when or why they sold it, but it may have some bearing on their willingness to get back into the hospitality game.

^ The campground is great, and so quiet there. You don't remember it's next to a theme park until you hear the coasters testing in the morning. We loved the shuttles that pick you up practically at your door. Free parking is great, but not having to drive at all is better!
Reply with quote
ZeroGravity55

^ I don't think Lake Rudolph was ever technicality owned by HW. One of the Koch brothers ( I believe it may have been Phillip) owned it and he passed away about 5 years ago. After he passed away, his family sold it to the Sun RV group. Someone please correct me if I'm wrong. I'm going based on my memory of when it happened.

I think HW would have loved to had bought it, but for the price that the campground was sold for and with the Thunderbird project coming down the line, it just wasn't financially feasible at the time. It would have been a hell of an investment. The campground runs right up next to the waterpark and they could have easily built a second entrance into the waterpark from the campgorund. They also could have probably built an onsite resort on the campgorund property. The longer you can keep people on your property, the more money they're going to spend on what you have to offer.
Post a reply
>>
<<
Switch to full style