^ I've never been to SFGAd. Where in the park would that be located?
Reply with quote
HeyItsKrabs

Right behind the Nitro snack bar and Loony Toons Seaport, the kids area to the left of Congo Rapids. It's a thin piece of forested land that's been untouched since the Adventure River days.
Reply with quote
B&MIntaminGCI

This is the area it's going in 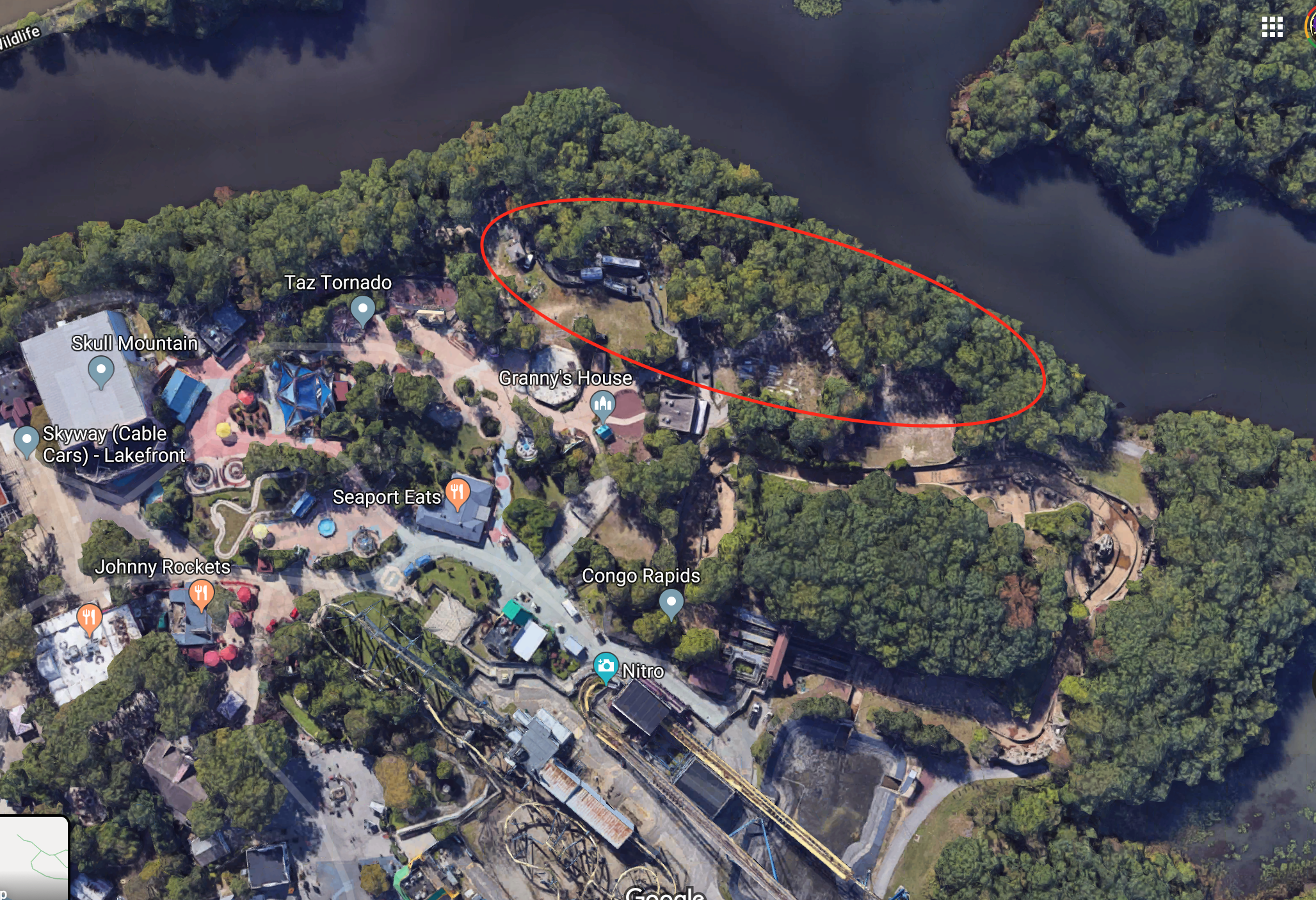 Sticking with my previous guess of an Intamin dueling coaster.
Reply with quote
RCTycoonClassic

Thank you for providing an image! That really helps!
Reply with quote
#ArrowLivesMatter

The kiddie car ride near Skull Mountain is gone and the old Moon/Hydro/Riptide flume loading turntable, which they up until recently used as a stage for small shows back there, is all tore up.

I wouldn't post this if I didn't trust the source, but I'm now hearing that whatever it is will reach all the way from Skull Mountain in a straight line down to the edge of and behind Congo Rapids to the lake. Congo is not going. Sounds like all the kiddie rides in Seaport are being moved or removed. Supposedly the whole entrance to Seaport (fountain, portal etc) is going.

I'm still not convinced its a coaster, but if it is, I think we're going with some sort of launching S&S like Maxx Force. I'm probably totally wrong. This could still just be a huge kids area expansion (tho admittedly the clues do not seem to be pointing toward that).

With either scenario I have serious concerns about the future of my favorite bathroom.