Shame... we went a couple of days ago and it seemed to be working fine, but if they're planning on eventually removing it I don't know what good that will do the attraction. The Vortex was one of the main icons of that ride, IMO. And it's always really cool to walk through it.

Hello everyone! Its time once again for an update regarding The Wizarding World of Harry Potter, which is set to open between 2009 and 2010.

Not much seems to be going on with the site right now, with much of the work taking place within the "big box." Much of the cranes and demolition vehicles have left the site leaving room for work to begun on new construction and development of the new land.

Most of the "big box" has received a slab to cover its brick walls, likely in preparation for an additional, themed layer to be added soon.
IMGP0754.JPG (234.26 KiB) Viewed 16345 times

This attraction is still a mystery, but something tells me it will really push the limits of Universal Creative's work to a new level...
IMGP0757.JPG (238.5 KiB) Viewed 16345 times

Reply with quote
Not For Sale

To me this looks like that's a catwalk near ground level. Is this a sign of some of Harry Potter being underground?
DSCF1143.jpg (35.62 KiB) Viewed 16673 times

It is time for another large update regarding Hollywood Rip, Ride, Rockit! at Universal Orlando! This week, we bring photos of the expanded construction that has begun since the end of Halloween Horror Nights with much vertical expansion having begun as well as a few surprising aspects to the project that have started preparation...

Some supports have shown up on the side of the construction zone for Rip, Ride, Rockit near the Guggenheim Museum.
IMGP0663.JPG (233.6 KiB) Viewed 14426 times

Rockit's construction has forced guests to use parts of the extended queue for Twister: Ride it Out!
IMGP0664.JPG (220.17 KiB) Viewed 14426 times

We can safely assume that this will be where Rockit busts through the building as shown in the layout charts.
IMGP0670.JPG (226.23 KiB) Viewed 14426 times

On the other side of Twister, the midway's side of the construction zone has quickly started vertical construction.
IMGP0678.JPG (189.46 KiB) Viewed 14426 times

Reply with quote
Not For Sale

And here's my Cliffsnotes version of Adam's update.

Thanks for the update!
Can't wait to see some coaster track going up!
Reply with quote
thunderguy345

can't wait for my trip to florida

and it's a lot of DIRT

can't wait to see track.
it is cool they have started building vertical 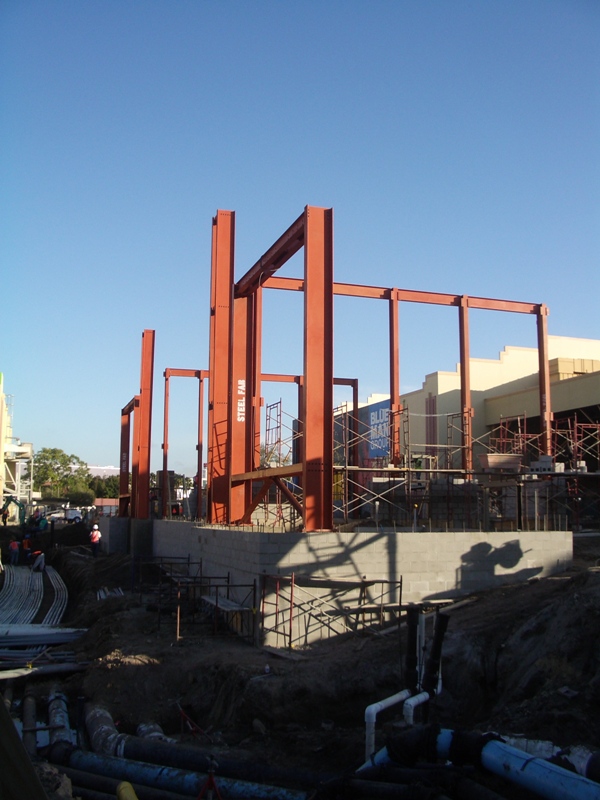 It's going to be part of a new permanent stage for special events in the Boneyard. Expect it to be used at all sorts of special events ranging from Rock The Universe to Mardi Gras.
Post a reply
>>
<<
Switch to full style