We decided to take a quick drive (6 hours) from Vegas up to Lagoon, just north of Salt Lake City this past weekend. We had to get a haunt in this year.    Even though the park was busy and mask

People are generally over it and even parks that did a great job with covid protocols last summer are struggling now. The data coming out now is highlighting just how insanely rare outdoor transmissio 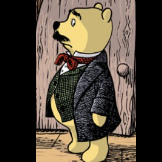 ^ yes. Yes they did. I wanted to get down there sometime in the winter, but could never quite justify the drive (at least, without being able to ride some coasters as part of the trip).  I've got