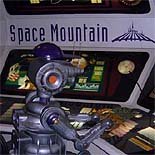 Hi all,   It has been a minute since my last post here, however I came across the news earlier today that Eric Long (EBL) passed away a few months ago. I did not see it here nor anywhere els