Impact of a bad visit 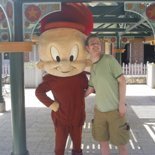