The last new Coaster in your Count

Velocicoaster just over a week ago!

Great little coaster, isn't it? Plus, since the place isn't too busy, you can ride it quite a lot. 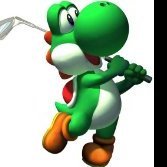