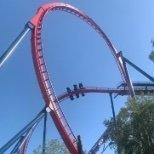 By Skysthelimit,
December 13, 2012 in Roller Coaster Games, Models, and Other Randomness