Yeah, I think the only 'concern' is because people see this park going more the way of Celebration City or Wild Adventures than becoming the next SDC or Dollywood.  I think it will stay pretty much th

Herschend was and is a different brand than Six Flags.   There is one certainty. Kentucky Kingdom will not be receiving a launched wooden roller coaster any time soon. 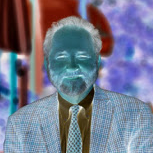 Yeah, that's what I've thought too.