Photo TR of our 14 days of rollercoasters in the Usa 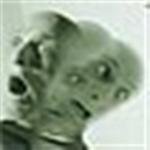 Nice pics guys, Holiday World is definitely one of my favorite parks too. Hope you have a great trip.