What is the worst B&M/intamin/GCI 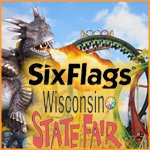